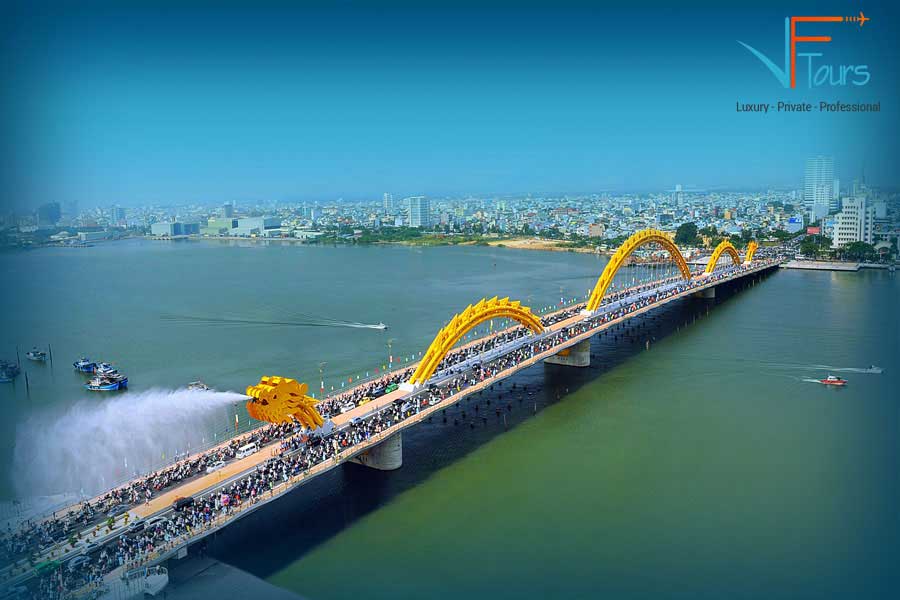 The best attractions in Da Nang are a good mix of centuries-old pagodas, French colonial buildings, as well as tranquil beaches with clear blue waters, and verdant national parks. Da Nang is known as the tourist capital of South Central Vietnam, with a west-coast location that makes for beautiful sunsets against an impressive backdrop of lush mountains.

The Golden Bridge (Vietnamese: Cầu Vàng) is a 150-metre-long (490 ft) pedestrian bridge in the Ba Na Hills resort, near Da Nang, Vietnam. It is designed to connect the cable car station with the gardens (avoiding a steep incline) and to provide a scenic overlook and tourist attraction. The bridge loops nearly back around to itself, and has two giant stone hands (constructed of fiberglass and wire mesh) designed to appear to support the structure.

The client for the project was the Sun Group. The bridge was designed by TA Landscape Architecture (under Ho Chi Minh City University of Architecture) based in Ho Chi Minh City. The company’s founder, Vu Viet Anh, was the project’s principal designer, with Tran Quang Hung as the bridge designer and Nguyen Quang Huu Tuan as the bridge’s design manager. Construction began in July 2017 and was completed in April 2018.The bridge opened in June 2018.

Dragon Bridge in Da Nang is the longest bridge in Vietnam, offering a dazzling display of lights, fire, and water that no first-time visitor to Da Nang should miss out on. Measuring at 666 metres in length, it is located in Da Nang City and constructed in the shape of a golden dragon.

The six-lane bridge crosses the Han River, serving as direct routes to My Khe Beach and Non Nuoc Beach as well as a popular spot amongst traveling photographers. Dragon Bridge was officially opened in 2013 after a two-year-long construction, commemorating the 38th anniversary of Da Nang City’s liberation. According to local beliefs, which date back to the Ly Dynasty, the dragon is a significant symbol of power, nobility and good fortune.

While it’s a magnificent sight at any time of the day, Dragon Bridge Da Nang is particularly cool (and packed with sightseers) in the evening as it is illuminated with colorful LED lights. On weekends and annual festivities, the state-of-the-art bridge is also scheduled to spit water or breathe fire from its mouth from 21:00 onwards.

There are also plenty of riverfront bars, restaurants, and cafes offering terrace seats that overlook Vietnam’s longest bridge. Alternatively, you can opt to sit at the waterfront (where marble carvings of animals and deities are set along the Han River) to enjoy the view.

Hai Van Pass stands at 500m above sea level, making it the highest pass in Vietnam. It’s located on the border between Thua Thien-Hue Province and Da Nang City, where you can enjoy panoramic views of verdant mountains and clear blue skies as well as Da Nang City, Tien Sa Port, Son Tra Peninsula, and South China Sea. The pass also hosts a dilapidated French-built fort that was later used as a bunker by South Vietnamese and US armies during the Vietnam War. Due to its sudden curves and blind corners, Hai Van is also notorious for its fair share of accidents – look out for small altars set along the roadside which are dedicated to perished victims.

With their roots dating back as far as 192 AD, Vietnam’s indigenous Cham people lived an Indian way of life in both culture and language. The Cham Museum in Danang is dedicated to this period and the Champa existence which began predominantly in the coastal areas of Vietnam. Housing the largest exhibition of Cham sculpture in the world, the museum displays almost 300 terracotta and stone works of art ranging from the 7th to the 15th centuries.

Many of the exhibits are considered masterpieces of their field showcased according to the region in which they were found with a total of ten separate interior exhibition rooms. All of the sculptures on display fall into one of the following sections – icon, pedestal, pediment, or fragment, with the area in which they were found determining where they are exhibited. 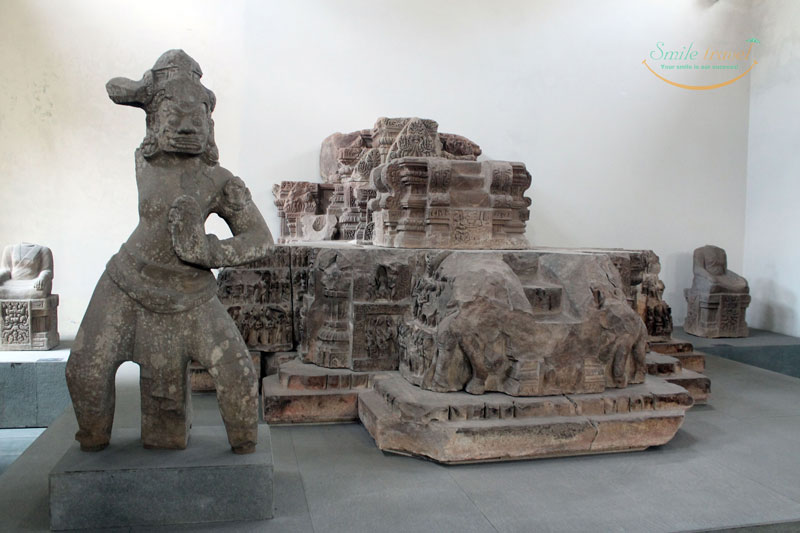 When you’ve finished browsing the internal creations, step outside to appreciate the building itself carefully crafted with objects of worship including idols and holy animals surrounded by flowers, leaves and turrets all symbols of Hinduism.

It is the only museum of its kind in the world dedicated to the Champa era and was founded during the colonial French rule in 1915. Other sites rich in Cham history include Tra Kieu, Dong Duong, Thap Man and My Son which were all famous Champa areas and are well worth a visit as part of a wider study into this fascinating period. There is an onsite shop selling imitation pieces and there are also English-language guidebooks for sale.

Location: At the intersection of Bach Dang and Trung Nu Vuong in Danang by the Han River

Da Nang Cathedral is one of the most unique catholic churches in Vietnam, featuring a pink-painted edifice, stained-glass windows, and an imposing bell tower topped with a rooster weathercock. Built by the French in 1923, it’s also known as Con Ga Church (Rooster Church) and serves the local Catholic community to this very day. The cathedral is located along Tran Phu Street, about a 15-minute walk from the iconic Dragon Bridge. Entrance to Da Nang Cathedral is free of charge and its high tower offers a stunning view of the city, Han River, and verdant mountains

Being the tallest Buddha statue in Vietnam, Lady Buddha Da Nang is located at Linh Ung Pagoda on Son Tra Peninsula in Da Nang which is 9 km away from My Khe beach, or 14 km from Da Nang city center. Lady Buddha Da Nang statue is inside Linh Ung pagoda courtyard with a height of 67m, the lotus diameter is 35m, equivalent to a 30-storey building.

The statue leans on the mountain, facing the sea, the kind eyes looking down, a hand exorcizes while the other hand is holding a bottle of holy water like sprinkling the peace to the offshore fishermen. On the hat of Lady Buddha statue, there is a Buddha statue 2m high. There are 17 floors in the statue lap, each floor has an altar with 21 Buddha statues which have different shapes, facial expression and posture.

Hai Van Pass stands at 500m above sea level, making it the highest pass in Vietnam. It’s located on the border between Thua Thien-Hue Province and Da Nang City, where you can enjoy panoramic views of verdant mountains and clear blue skies as well as Da Nang City, Tien Sa Port, Son Tra Peninsula, and South China Sea. The pass also hosts a dilapidated French-built fort that was later used as a bunker by South Vietnamese and US armies during the Vietnam War. Due to its sudden curves and blind corners, Hai Van is also notorious for its fair share of accidents – lookout for small altars set along the roadside which are dedicated to perished victims.

Son Tra (Monkey) Mountain is a breath-taking national park in Da Nang that stands at 693 metres above sea level. Locally known as the Son Tra Peninsula, the winding roads surrounding prove to be a popular spot for motorcycling while hiking enthusiasts can enjoy the verdant jungles and also spot rare species such as the red face monkeys. Linh Ung Pagoda is also set on Son Tra (Monkey) Mountain, which is a prominent attraction in Da Nang for housing the tallest statue of the Goddess of Mercy. Built atop a lotus-shaped platform, there are a total of 21 miniature Buddha sculptures within the beautiful 67 meter-tall white statue.

Marble Mountains are a cluster of five limestone and marble hills within Hoa Hai District, about 9km south of Da Nang. Named after natural elements, the peaks are individually known as Thuy Son (water), Moc Son (wood), Hoa Son (fire), Kim Son (metal) and Tho Son (earth). There are also a host of 17th-century Buddhist sanctuaries and pagoda temples dotted across the mountains, where locals pray and get their fortunes told. A must-do for any first-time visitor to Da Nang is climbing the steps to the top of the Marble Mountains, where they can enjoy spectacular views across Non Nuoc Beach or My Khe Beach. Alternatively, there’s an elevator service (VND 30,000) available for those with physical disabilities.

Ba Na Hill Station (or Bà Nà Hills) is a hill station and resort located in the Trường Sơn Mountains west of the city of Da Nang, in central Vietnam. The station, advertised as “the Da Lat of Danang province” by local tourism authorities, was founded in 1919 by French colonists. The colonists had built a resort to be used as a leisure destination for French tourists. Being located above 1500 metres above sea level, it has a view of the East Sea and the surrounding mountains. 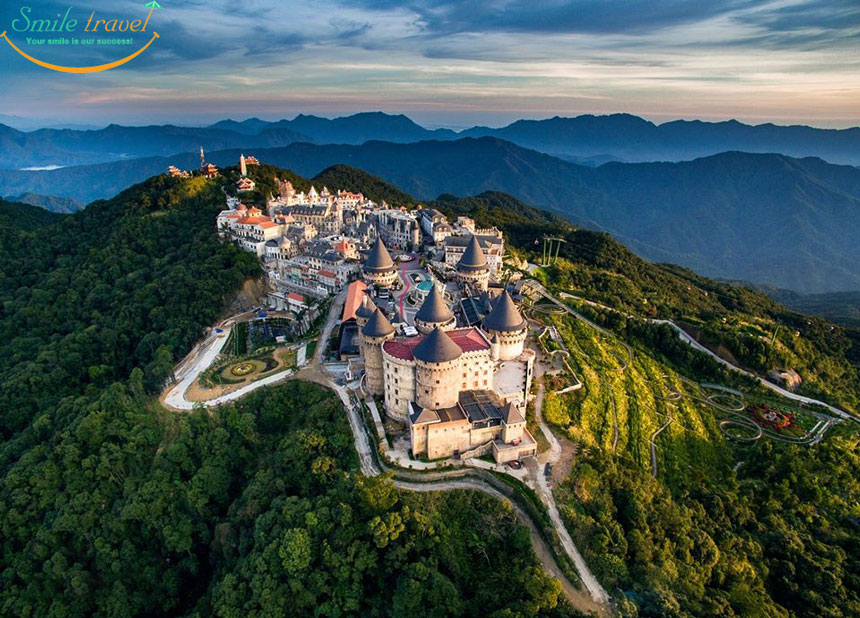 + What time does Bana Hills open?

My Khe Beach boasts a 20-mile stretch of white sand that’s approximately 6km east of Da Nang. Named by the American troops who visited during the Vietnam War, it is considered to be one of Vietnam’s most picturesque beaches. Hosting a number of high-end resorts and seafood restaurants, My Khe Beach is also a popular spot for sunbathing, fishing, snorkeling, jet-skiing, and surfing. Visitors can also check out numerous World Heritage Sites such as Hoi An Ancient Town, Hue Imperial City, and Phing Nga Caves, all of which are easily accessible via bus.

Cham Islands consists of eight small islands off the coast of Hoi An, one of which are a recognized UNESCO World Biosphere Reserve. Cu Lao Cham Marine Park attracts travelers looking to enjoy a day of scuba diving and snorkeling, while on Hon Lao Island you can find fishing villages and pristine beaches that are great for sunbathing and water sports. Homestays (mostly located along Bai Chong Beach) is the most popular accommodation option on Cham Islands, but there are also plenty of restaurants and dive centers that offer tent rentals for about VND 350,000 per night.

The best time to visit Cham Islands is from March until September, due to the sunny weather and great water conditions. If you’re planning to dive or snorkel during your visit, we highly recommend visiting between June and August. There are plenty of dive centers and tour companies offering day trips to Cu Lao Cham Marine Park, where you can find a variety of colorful corals and marine life.

The Cham Islands are inaccessible during the monsoon period, which takes place between October and February. The islands experience strong winds and waves that make traveling dangerous so there are no trips available at this time of the year.

Smile Travel is one of the fast growing Tour Companies in Vietnam. We are as Inbound and Outbound Tour Operator Licence No 01-1051/TCDL-GPLHQT. We specialize in tailor-making and customizing individual, Couple, family and group tours throughout Indochina destinations.